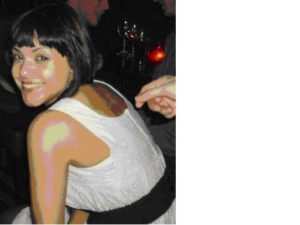 Sarra Culleno is a London born, Manchester based UK poet, a mother of two and an English teacher. She performs at poetry events across the UK. She writes about children’s rights, motherhood, identity, gender, age, technology, the environment, politics, modern monogamy and the education system. Sarra is widely published and longlisted for the Cinnamon Press Pamphlet Prize. She has appeared at numerous literary festivals as Featured Poet. Sarra has co-hosted Write Out Loud at Waterside Arts.

THE CONSECRATION OF THE APSARASES